An evolution gaming template known as ‘Polarity Integration’ and subject the soul to experiencing opposing polarities of consciousness known as Light and Dark while being gifted with the endowment of DETERMINISTIC SELF FREE WILL from the lowest dimensions of HU1/HU2 which was highly uncanny for a Universe at that time. However, the soul would not be allowed to express or recollect the complete identity of their soul once they enter the worlds of HU1 over the course of countless successive reincarnations. This means that the soul would not be aware of the higher aspect of its Soul, Oversoul or Spirit Identity. This would allow the soul to experience itself at the lowest possible dimensions of consciousness with the anticipation of discovering things they never knew about themselves as a result of being so detached from their higher self along with the unrealized possibilities that lie dormant within Creation. The accumulated aspects resulting from each of the soul’s life experience during an incarnation cycle is what we call ‘Soul Essence’ or egoic emotion (EgμotION).

The first step was to gather the souls that were the ‘ASCENDED MASTERS’ from the Mawuvian Experiment to become the Founders/Blueprinters of this new Universe. Ascended Masters at that time had the newfound ability to augment the Primal Light Fields (ante-matter as thermoplastic radiation) via their consciousness and relationship with their Eieyani Twin Soul(s) (aka twin flames or essence twins) who augment the Primal Sound Fields of the Yunasai God-Source Energy Matrix giving birth to the concepts of anti-particles and anti-matter within 13D-15D/HU5 for this experiment. The authority and mastermind behind this new Universe was known as Father Melchizedek. Next he had to subject himself to various experiments that would allow him to adapt to the living conditions of the game in the new HU1 in order to help himself come up with the augmented blueprint for this new Universe that ultimately ended up profoundly straying away from the Original Divine Blueprint of the Human Angelic Race.

The matter dominant Milky Way Galaxy and its twin counterpart the anti-matter dominant Andromeda Galaxy were the hosts of the Order of Melchizedek Local Universe. Aramatena was the name of the ‘planet’ at HU4 that was refurbished in order to host this game and heal the Avatars. HU3 Gaia, HU2 Tara, and HU1 Earth were the new harmonic planetary blueprints that were created to be encompassed by the 105 Kumaras. Souls that were to be birthed from this Universe had to experience themselves in the 1D starting as elemental and biological life forms and evolve until they’ve become animals. In the 2D souls had to experience themselves starting as animals and evolve into humanoids capable of 3D mental/logical cognition. In the 3D souls had to experience themselves as various humanoid races across multiple reincarnation cycles throughout the Milky Way Galaxy in hopes that the cumulative experience they’ve endured as Light and Dark will integrate gracefully and ultimately lead them into becoming a Hue-man Angel as an Ascended Master.

The 1050 souls integrated themselves with the Ascended Master gestalts that they’ve agreed to embody in HU5 and then descended to HU4 Aramatena and altered and integrated with its morphogenetic imprint in order to be able to seed their causality within the 3 planetary blueprints that were created. Before the 105 Kumaras could bring the 3 seeds to fruition, the other 945 Ascended Master gestalts first had to team up and embody themselves within HU4 Aramatena with all the Avatars in order to aggregate the course of the ascension and inscension of the consciousness of the 3 seeds. An A/B split test across the particle/anti-particle universe was established with the leadership of the Ascended Masters known as Sanat Kumara and El Morya who were in charge of the Beta-matter universe. Along with YESHuA who was in charge of the Alpha anti-matter universe, they split up into 3 groups which were made up of 405 10D Gold Order Seraphim (Christiac/Buddhiac Mind), 405 11D Emerald Order Elohim (Buddhiac/Nirvanic Mind), and 135 12D Amethyst Order Braharama (Nirvanic/Christiac Mind).

Within each of the 10D and 11D orders, 105 Beta souls assisted in polarizing within themselves as 45 positive, 45 negative and 15 neutral polaric idioms resulting in 300 Alpha souls in 10D & 11D and in 12D 2×60 Beta + 15 Alpha souls as polarity integrators within a 60 unit interval of time dispensation across a 300±45 / 60 = DD4.25-DD5.75 octaves of time. The Feline (ElohEI-ElohIM), Carian/Avian (SeraphEI-SeraphIN-SeraphIM), and Inyu (bRA-ha-RAMA) races were selected as their racial Avatars. Next, 90 of the 105 Kumaras took on the form of Felines and Carians/Avians and were split into two groups of 45 as well; Light (Yang) by the Carians/Avians and Dark (Yin) by the Felines. The Felines seeded HU1 Earth and worked with the Emerald Order in D11 with their Beta polaric idioms (300 + 45 + 15 = 360 degrees) and the Carians/Avians seeded HU2 Tara and worked with the Gold Order in D10 with their Beta polaric idioms in the same fashion as well. The other 15 Kumaras seeded HU3 Gaia and worked with the Amethyst Order and its (2) 60±15 polarity integrators in D12 in order to take on the responsibility of embodying, vetting, and ascending the 15 aspects of consciousness collectively known as ‘JEHOVAH’) that best reflect how the soul essences that originate purely out of DETERMINISTIC DIVINE SELF FREE WILL (VIRTUES) & ANTI-WILL (SIN) from the lower dimensions should be exhibited by the new Angelic Hue-man Soul in accordance with the desire of YESHuA and procured the ascension of the 90 Feline and Carian/Avian souls and their progeny from the lowest dimensions. 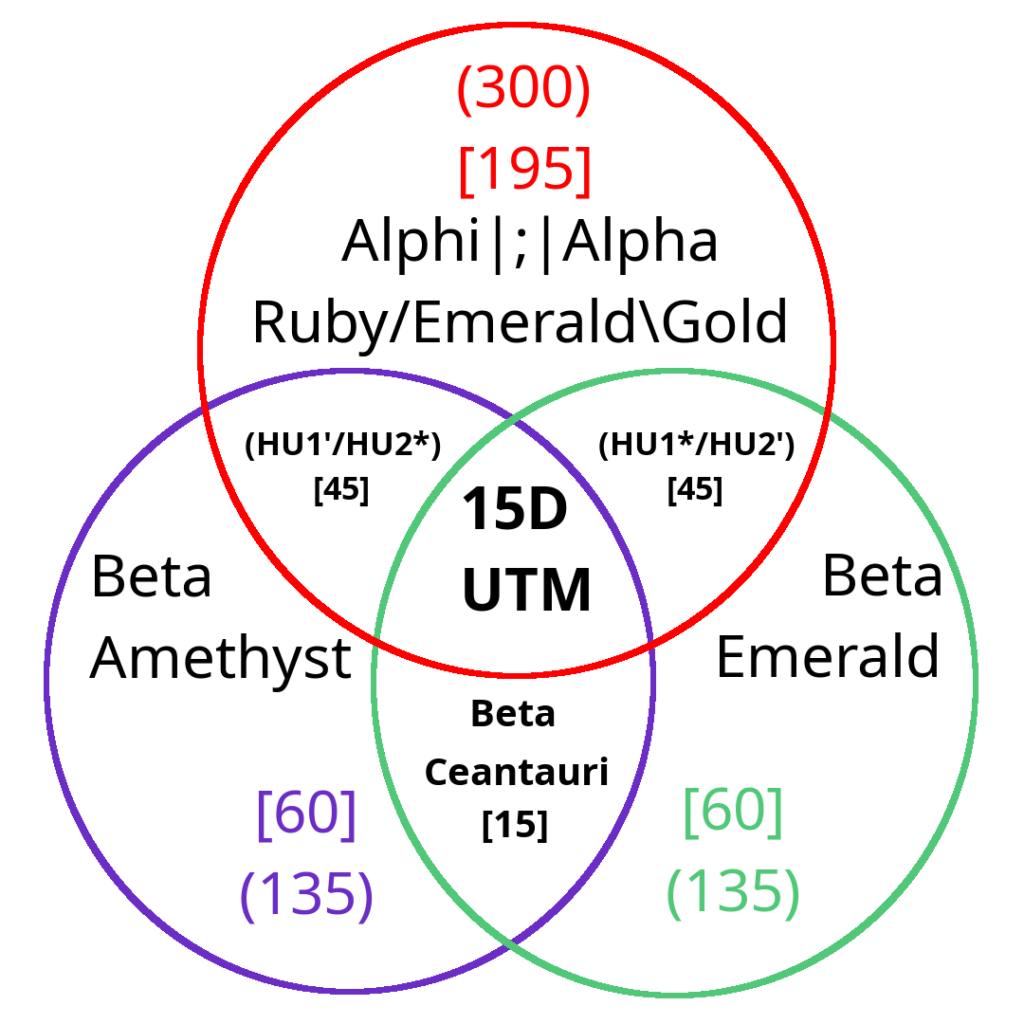 The Seven Virtues of WILL and ANTI-WILL (SIN) – 9D Local Universe Aspect (Symbolized on Earth by Catholicism – Satan’s Tree of Knowledge of Good vs. Evil)

When our Local Universe Time Matrix reached the state where it was ready to allow outsiders to volunteer and enter our Universe, the most radiant souls determined by Father Melchizedek were invited to enter our Local Universe and join the Order of Melchizedek in order to help evolve the souls in our Universe. However, not everyone was eager to embark on this endeavor. Our Universe was notoriously deemed as an ‘Experimental Universe’ that required souls to voluntarily subject themselves to a prolific amount of suffering as part of having to endure the opposing polarities within the game. Souls were also afraid of how it would be like to live in HU1 faced with the issues of not being able to exhibit their full identity, having to be severed from their Spirit Body, and being subject to live within a linear timeline.

The Humans created by the Felines (Annu-Elohim) and the Reptilians (Draconian) created by the Carians were designed to become subject to various mutual karmic scenarios for the purpose of grooming their reincarnation during the final ascension cycle here now on Earth so that we can all achieve Polarity Integration, ascend to Christ Consciousness, and manifest Heaven on Earth. The first ascension cycle required Reptilian consciousness to integrate into Human/Feline consciousness in the form of Darkness (The First Earth Grand Experiment / The First Great Galactic War). This resulted in the destruction of the D12 Aramatena Stargate by the Annu-Elohim which effectively detached our Universe from the Fifth Column of the Solar Tetractys and gave birth to the concept of ‘Sin’. Coincidentally, the evolution and ascension of the 30,375,002 Ascended Masters went according to plan as a result of the destruction of the Stargate. These newly anointed Ascended Masters were to inherit the role of reseeding the Emerald, Gold, and Amethyst Melchizedek Orders along with the dreaded ‘Fallen’ Ruby Melchizedek Order and serve as guides for the next gigantic wave of Ascending Masters that’s happening throughout the next 70 years or so on our planet. The 30,375,002 Ascended Masters are known in the New Age community as “The Indigo Children”.

The second ascension cycle required Human/Feline consciousness to integrate into Reptilian consciousness in the form of both Light and Dark (The Second Earth Grand Experiment / The Second Great Galactic War). We are currently approaching the third and final ascension cycle which will require the Hue-man Angelic Race individually and as a collective to integrate our cumulative soul experiences of Light and Dark within our souls, oversouls, avatars and Ascended Master gestalts. If we succeed by having all the qualified inhabitants on Earth integrate their healthy Light and Shadow aspects and transcend their egos, we will be Christened and evolve into becoming Hue-man Angelic Ascended Masters and usher in a new day of Creation within the current capacity of 2,325,054,375 (405 * 405 * 135 * 105) souls possible in ascending. There will be a new capacity of 6,920,643,604 (((7^12) -1 / 2) + 4) Angelic Hue-mans on Earth that are capable of becoming Ascended Masters where humans under the umbrella of the Adamic root race embodying the Ruby Order of the Melchizedek God-Seed which resulted after the destruction of the D12 Aramatena Stargate allowing for the egocentric diversification of the expressions of the soul organic to 3D/HU1 Earth and our Universe.

The D12 Lyra-Aramatena Stargate has been reconstructed by the project known as ‘The Great White Lion’ or ‘The Lions Gate’. In accordance with the ascended and ascending capstone codes of The Three Pure Ones, The 105 Kumaras, and the 945 recalibrating Ascending Master gestalts that are descendants of the Emerald, Gold, and Amethyst Orders of The Melchizedek Collective that were never part of the Ruby Order, they will reconnect and activate that Stargate once they have embodied all 24-48 strands of their DNA and seal up portions of the Fifth Column polarized towards the Spirit chakra and help solidify the results of the game. After the Fifth Column is sealed, some Indigo, Crystal, and Rainbow Children on Earth may embody 144 strands of DNA (48*3=144) or more allowing them to travel to the newly emerging Rasha Worlds procured by Dark Matter attributed to the integration of both Light and Dark conscious evolutionary experiences. A new race will also come into existence known as the Essasani, the Zeta-Human hybrid. The movie E.T.: The Extra Terrestrial by Steven Spielberg seeded our ability to lovingly accept this new race. The ‘Formula of Compassion’ is the key to integrating our cumulative soul experiences. 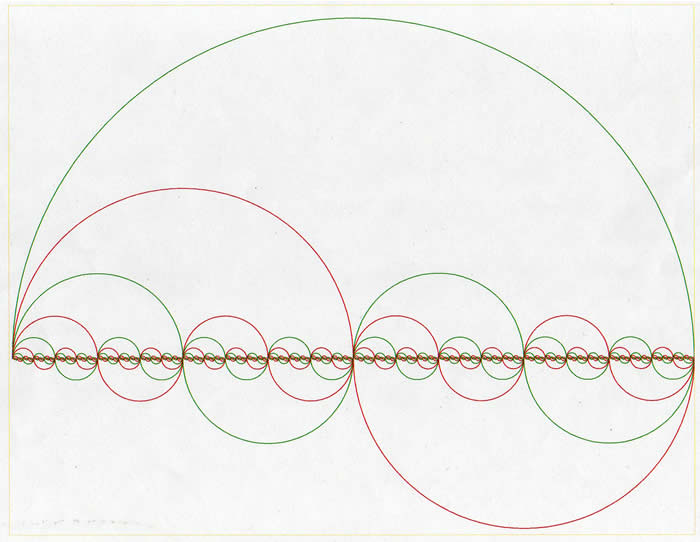 Dimension 0
Stillpoint of a vectors’ circuitry (Base)