Within the context of the teachings of The Order of Melchizedek, specifically by the Melchizedek Cloister Emerald Order (MCEO), God Particles are known as Partiki (http://www.ascensiondictionary.com/2017/06/manu-mana-eira.html) residing in the cognitive dimensions of the Yunasai God-Source Energy Matrix as depicted by the teachings from the Alpha/Omega Templar Melchizedeks from The Revelatorium (https://www.revelatorium.com) at frequency densities of 16D-18D/DD6-DD8 of the original creation as depicted by my research in combining the two Melchizedek metaphysical paradigms together. The homeostasis of Partiki is known as the ManU Force (U for potential energy) which separates into two Forces known as ManA and EirA (A for Alpha) where ManA is responsible for the anti-particle counterpart of Partiki known as Partika and EirA is responsible for the particle counterpart known as Particum. Figure B illustrates the depiction of how the God Particles and Force Currents relate to each other.

Partiki are organized via scalar grids with vibrational causality known as Keylon Codes. Partiki particles phase in and out of Particum matter particles and Partika anti-particles within a Universe and Parallel Universe via the electro-tonal sound/vibration of the Keylon Codes. Figure C depicts an arbitrary Partiki grid, figure D the exact geometric formulation of a Partiki grid in 2D known as Cubits and figure E a 3D depiction of a 3 fractal deep Partiki grid known as a Hypercross.

Now that The Order of Melchizedek has reached its final stages of completion leading to the Ascension of Sophia-Gaia, a new type of God Force has been revealed by The Melchizedek Priesthood known as ManI (I for I AM Intelligence) and subsequently the ManU Force has objectively been able to take on the new form known as ManGU under the stewardship of Sanat Kumara where <G> stands for Geomancy. The ManGU Force controls a new type of God Particle known as Pωrtiki and when combined with the ManI Force a total of 15 God-Forces emerge:

ManGIB intelligence is the essence of the other side of a Black Hole known as a White HolD which is the birth of a light particle matter continuum; i.e. Ω±D2 = ∞T where Ω (omega) stands for light substance, D2 stands for the Dao (the destination of a space-time vector) and 2 for parallel timeline trajectories, ∞ for eternal light and T for the Tao (the birth of a space-time vector). Figure H illustrates the causality of ManGIB.

For the extent of this article, we will address the phenomenon known as “particle phasers” which amplifies or mitigates the causality of scalar grids via the emitting of electro-tonal sounds of Keylon Codes. Particle phasers phase subatomic particles and anti-particles including matter and anti-matter. Matter phasers phase dense atomic matter. For a detailed list of electro-tonal Keylon Code frequencies, please review this article (https://evolutionaryascension.com/articles/hyperpyraspherecube). Below are a couple of examples of Keylon Code frequencies: 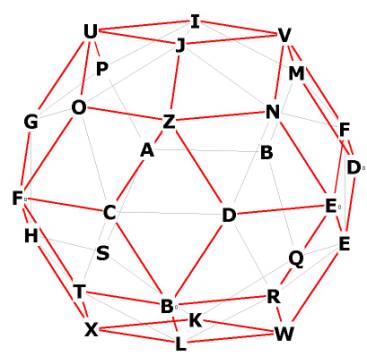 Now let’s discuss how particle and matter phasing works. Parkaka phases a single dimensional vector of parallel particle and/or anti-particle streams within the 4-dimensional Euclidean space-time continuum via its sawtooth protracting behavior on a single dimensional vector of parallel particle/anti-particle streams across the x, y, z or t axis. Pωrkaka phases together the particles and/or anti-particles across the x, y and/or z spacial vector with the “t” time vector as 2-dimensional planes stitched together by the Pωrkaka triangular wave pattern. Parkacum phases 2-dimensional Pωrkaka planes into timeless matter by “quantum bubbling” the planes into 3 dimensions via the pulsations of the square wave pattern. Pωrkacum phases 3-dimensional timeless matter aka Dark Matter into kinetic matter by empowering the “t” time vector with an analog frequency; sine wave for manifestation and cosine wave for destruction.

Since we perceive light and matter across the time vector within the Euclidean space-time continuum, the question may arise as to the differences we may perceive when we experience time across an alternative arbitrary spacial vector(s). The answer to this question may come from the application of Fourier Transforms (https://en.wikipedia.org/wiki/Fourier_transform). More on this topic at a later date.

The RÂ∞ Confederacy, Planetary Ascension, The Evolution of Our Souls & Twin-Waze, The Galactic Federation, The Ashtar Command and The Arrival of the Queendom of Heaven