As of now, it is a common consensus within the New Age Metaphysics community that the Lotus of Life (figure A) and the Flower of Life (figure B) are designs in conflict with one another. This theoretical presentation will hopefully demonstrate that they actually complement one another but with contrast in their applications.

First, let’s describe in detail the geometric properties of both designs in 2D. The Lotus of Life pattern simply consists of 12 concentric circles surrounding a circle in the center. The Flower of Life pattern consists of circles that expand in fractal hexagons outward starting from a center circle into what we know as Metatron’s Cube/Cubits. Both patterns in 2D aren’t causally significant until it can be expressed in 3D-5D via “quantum bubbling” the 2D template into 3D, “quantum timewaving” it into 4D and archetypally anchored into our soul consciousness in 5D. In 3D, the Lotus of Life becomes a static torus field, in 4D a kinetic torus field and in 5D an operative torus field. Figure C depicts how the Lotus of Life torus field looks like in 3D and figures D1 & D2 how the torus field expands and contracts via the Krist Cross of Eternal Life. As for the Flower of Life, in 3D the circles bubble up into spheres of radionnic intelligence upholding the 4D Euclidean Geometrical Timewaves of a space-time continuum and in 5D an operative space-time continuum grid upholding the foundation of the sacred geometry of matter and anti-matter scalar grids. Figure E depicts the Flower of Life grid without circles in 3D known as a Hypercross and figure F a platonic solid (icosahedron) that anchors into the fractal Metatronic grid.

Now here is where the dichotomy lies politically. The MCEO (Melchizedek Cloister Emerald Order) Freedom Teachings purports that the Flower of Life is a “Daisy of Death” because its energy is finite and needs to vampire energy off of others in order to sustain itself but there’s a reason behind it. The Lotus of Life and various other “Krystic” paradigms require a perpetual connection via the Kathara Grid network within Inner Creation from, into and out of the Core of Creation in the form of the Krystic Spiral in order to function whereas The Flower of Life feeds off of Dark Matter @ 8D and below as long as it has 9D Veca Universes that’ll host its matrix. This means that God-Source aka The Divine Trinity and the magistrates of each Inner Hub World are always aware of your actions and there is absolutely no “privacy” or “energetic sovereignty” between you, God-Source and the magistrates hence mitigating the virtue of true Self Free Will & Sovereignty. Whether this is a “good” or “bad” thing, it’s up to you to decide on how you command and program your own relationship with God-Source.

The Flower of Life on the other hand is based off of the Golden Ratio of Phi (φ) and the Fibonacci Spiral which expands via summing up the two previous numbers in its sequence. The way the Fibonacci Spiral works is by harnessing the power of Love between twin-rays as each living being absorbs and projects the causality represented by the values of the Fibonacci numbers (i.e. each number within the Fibonacci Sequence has a unique energetic signature and causality) and the spiral is tighter compared to the Krystic Spiral due to the virtue of “I love my twin ray more than God-Source itself and I’m willing to risk my life to prove it!” being allowed to exist as a free will escapade as part of the expansion of our right to Self Free Will & Sovereignty. “The experience of survival is the key to the gravity of love.” Figure G outlines the differences between the Krystic and Fibonacci spirals.

So what else is different between the two designs? First off, 12 sephira Krystic Tree of Life are embedded into the 12D Reuche Pillar whereas the 10 sephira Kabbalah Tree of Life is embedded into the Flower of Life. When an evolutionary cycle is over 3 trees at 120° angles connect their 4 lowest dimensions into the shape of a triangle forming a cuboctahedron as depicted in figures M and N. The Merkabah of the Lotus of Life only has 1 star tetrahedron for the entire field whose outer projection has the same Merkabic causality as the inner projection. On the other hand, the Merkabah of The Flower of Life has a separate inner projection of the physical body of the person and the outer projection of the world has its own star tetrahedron allowing fire (light) and black holes (light subject to gravity) to behave differently within the inner and outer projections as depicted in figure O. This is a considerable upgrade for the Hue-man Angelic Race that will be possible once we merge with our Dark Matter Rasha Body Templates. Another difference is that the Krystic design has 12 reuches in a 4/8 inner/outer layout and the Metatronic design has a 8/8 which allows more energy to be harnessed efficiently albeit it has to originate from Dark Matter.

Figure P shows the 2n relationship the Fibonacci Spirals have that mirror the Krystic Spiral expansion’s mathematics but across only one dimensional lane as opposed to two. Figure Q depicts the relationship between the Yin/Yang taijitu symbol and the Fibonacci spirals within the Cosmos. 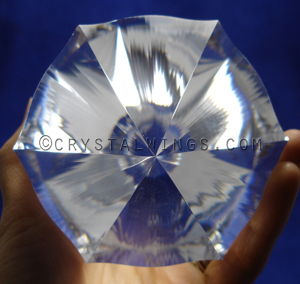 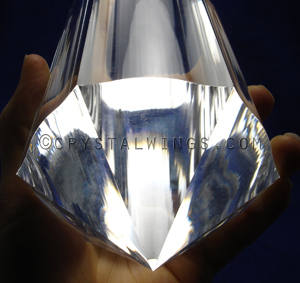 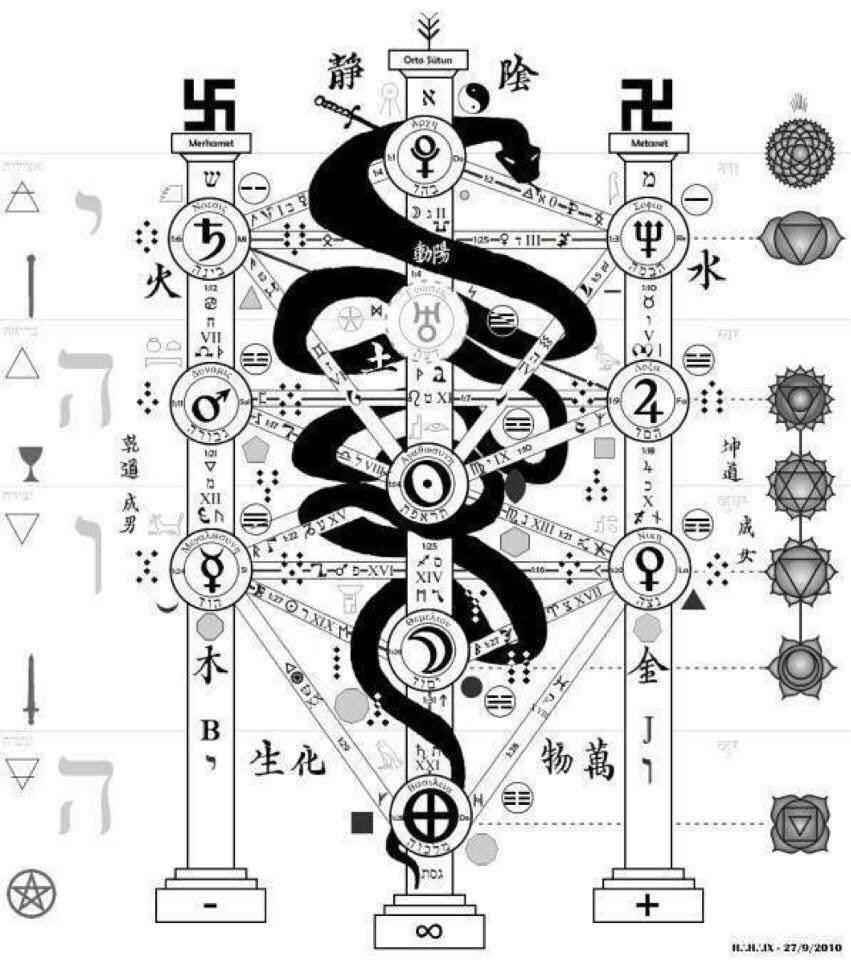